His Royal Highness The Duke of Edinburgh

Read about the arrangements following The Duke of Edinburgh’s death

In this post we discuss jailbreaking and why organisations may want to detect and prevent it from happening on their devices. Administrators and risk owners should take note of what risks jailbreak detection actually mitigates, and what risks are left afterwards.

Where we came from

Around a decade ago operating systems typically had two privilege levels – a user and an administrator. The administrator would set up the system and install applications for the user, who then had little permission to modify the system themselves. Different users could share a system, meaning each user and their applications would be unable to interfere with another user’s applications and data.

However, this model doesn’t stop a user’s applications from interfering with other applications and data owned by the same user. Remarkably effective worms such as Melissa and Love letter in the 1990s and early 2000s spread by extracting all the user’s contacts from the user’s address book application, and then using the user’s mail application to send copies of the worm to those contacts.

It was clear that the user/administrator model had weaknesses, and so technologies like sandboxing began to appear. Platforms that incorporate sandboxing create a limited number of well-defined ways for applications to interact with each other, many of which prompt the user for permission for these interactions.

Actually, the above paragraph is only true if there are no vulnerabilities in the platform which allow privilege escalation. A jailbreak (called rooting on some platforms) is simply a vulnerability in the platform which has been exploited in a controlled way to give some code extra permissions. Normally this is to allow the user to have extra control over their device – so they can customise it more, or install applications which aren’t otherwise available in app stores.

However, in order to achieve this, a jailbreak will normally disable or weaken some security features, such as sandboxing. Application signing may also be disabled to enable the user to install any application of their choosing. All this makes it much easier for malware to gain a presence on the device, as has been shown by code such as Unflod and Ikee.

This is clearly bad from a security point of view, so device administrators may want to detect if this is happening on their organisation’s devices. Many Mobile Device Managers (MDMs) today claim to detect jailbreaks. They generally do this by attempting to detect the artefacts of the jailbreak, rather than the actual exploitation of the vulnerability which was used to escalate privilege of the jailbreak code.

For example, a jailbreak detection tool may look for the presence of a third-party application store (e.g. Cydia). It may check to see if it can execute unsigned code. It may look to see if additional libraries are loaded into its own process space. The key point is that it can only look for a limited number of things that it knows to look for, and also has permission to look for. 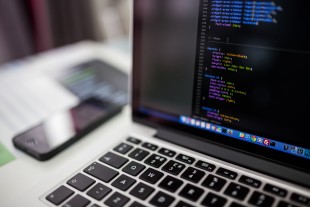 A jailbreak is usually a benign payload attached to an exploit for a vulnerability in the platform. Vulnerabilities allowing privilege escalation on modern platforms are thankfully rare thanks to the excellent work of security teams across the major product vendors. However, when a jailbreak contains such an exploit, malware authors are able to take that exploit and repackage it with a more malicious payload. Given this opportunity, they can install their own code onto a platform with high privileges that doesn’t modify the underlying platform in the same way as the jailbreak. By doing this, malware is able to evade jailbreak detection software in MDMs.

So can anti-malware software on modern devices help? The irony of attempting to scan for malware on a sandboxed platform is that, without additional permissions, the scanning application is itself limited by the sandbox and code signing that attempt to keep the platform secure. Techniques on older platforms (such as checking apps before they run, scanning the entire storage system, and reviewing what applications are present) may all be hard, if not impossible, for anti-malware tools to achieve on a modern platform.

What jailbreak detection cannot detect is the presence of the original exploit(s) which permitted the privilege escalation in the first place. No third-party product can possibly do this. These inherent vulnerabilities and potential exploits can only be fixed through the installation of security updates from the product vendors themselves.

So what can I do?

Jailbreak detection is useful, but don’t rely on it exclusively. Instead, it is extremely important to have a rapid-response patching policy. Users should be able to update their devices as soon as updates are available. Devices, whose manufacturers support the platform installed on their devices for the device’s lifetime, should be preferred. In fact, one of CESG’s twelve principles to think about when choosing device is exactly this – Device update policy.

This blog is no longer being updated

Follow this blog for updates and outputs from CESG's team working on an alternative approach to risk management.
Find out more